The aim of this project was to 3d print a housing according to the delivered 3d models. Few clearances had to be adjusted in the CAD model to provide a desired assembly of the two components.


The goal of this project was to construct and manufacture protective housing for battery and controler of a electric bike motor. The first step in the project was to determine the concept of the housing based on bike frame and component dimensions. 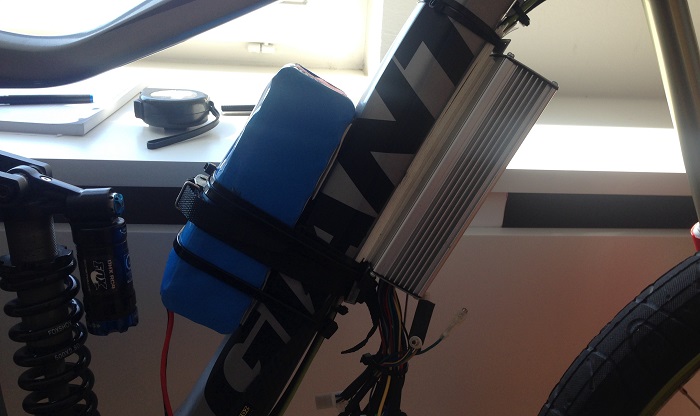 After determining the basic concept followed the detailed design. Baterry, controler and part of the bike frame were modeled in CAD software. 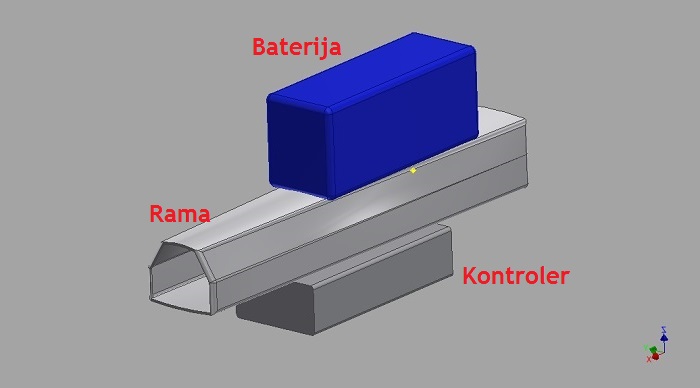 The parts were positioned according to real arrangement to simulate the "real life" arrangement. The modeling of the housing started with a basic shape which was then modified according to the parts it has to enclose. The customer wanted the battery to be fastened at the bottom side of the frame and the controler to be fastened at the top side. Housing is split into 3 parts which are fastened togather with metric bolts in 6 points.

Controler cover was modeled in one piece with an air intake to provide cooling. The edges were rounded for improved mechanical properties and aesthetics.

The battery is covered with two simmetrical parts mounted from the side. The housing had to be split for easier assembly. Lips were modeled on the contact edges to ensure better firm and precise assembly of the parts. 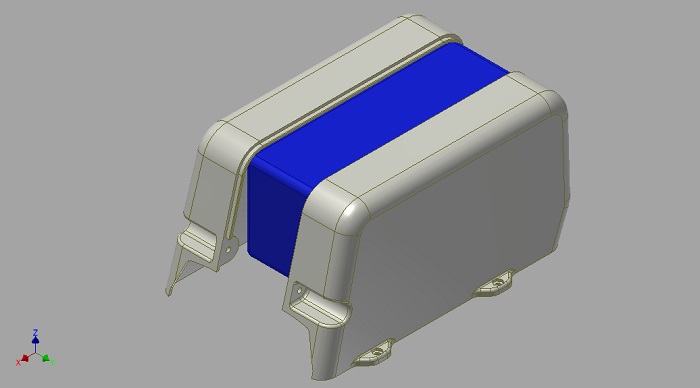 Finally, the openings for cables and ribs for structural strength were modeled. 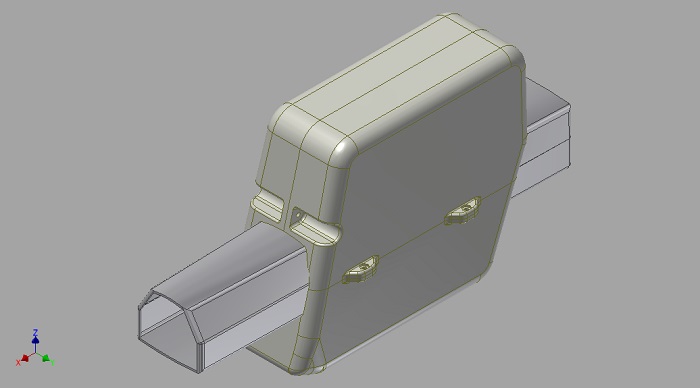 When the CAD modeling was finished, it was converted to STL format. The manufacturing process was divided into two phases, initial and final. In the initial phase the housing was 3d printed with FDM technology using PLA material. This initial 3d print was made with low cost and was used to ensure fit, form and function of the housing. After the initial prototype was tested, the housing was 3d printed in ABS material on an industrial grade machine. 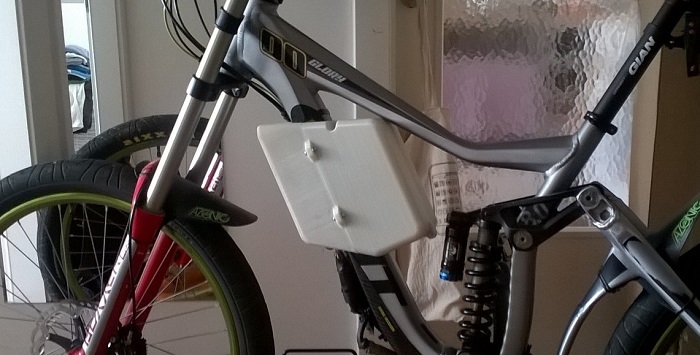 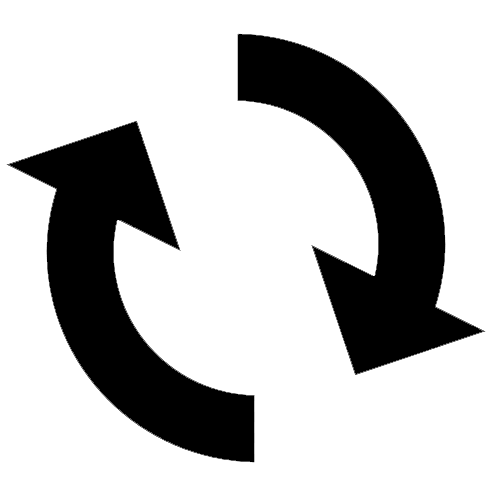